Choose your preferred country and language:

Oxford provides services across the globe. If you need more information, please contact us.

Global staffing and consulting company Oxford Global Resources has announced the creation of 75 new high-level roles. The new positions will be created at Oxford’s European headquarters in Cork city in response to increased customer demand across Europe.

With year-on-year growth, Oxford is on track to reach a company milestone of US $700 million in global revenue in 2022, with the company projected to hit US $1 billion over the next three years. Over 30 new jobs have already been added to the Cork office since 2021. The 75 new jobs announced today will be in areas such as Sales, Recruitment, Finance, IT, HR, Legal, and Marketing.

Commenting on the announcement, Rob McGuckin, President and Chief Executive Officer of Oxford, said: “One-third of our revenue comes from Europe, and this continues to be spearheaded from our European HQ in Cork. We established our presence in Cork in 1994 with four employees and have since grown to 150 permanent employees in Cork. We look forward to now expanding that team again.

“Customer demand is driving Oxford’s growth across Europe. We are all aware of the challenges around recruitment globally, and Oxford is committed to delivering the best talent for our customers when they need it. We retained all our European staff during the pandemic, which has allowed us to react quickly to capitalize on these opportunities. The new roles announced today will further support our growth in line with our customers' needs.”

Speaking at an event this morning at the Oxford Cork office, An Taoiseach Micheál Martin said: “Oxford has long been a stalwart of the city center on Penrose Quay, and it is fantastic to see them once again demonstrate their commitment to Cork with today’s announcement of 75 new roles. Oxford is a shining example of how a company can leverage the benefits of being based in Ireland to drive global growth.”

Mary Buckley, Interim CEO of IDA Ireland, said: “Since Oxford was established in Cork in 1994, the team has grown from strength to strength. Today’s announcement at its European HQ demonstrates the commitment Oxford has made to the South West region. I wish them continued success.”

Mr. McGuckin added: “From supporting the local community through charity initiatives to championing new hires' career development, the Cork team has been a fundamental driver of both the culture and the growth of Oxford, and I look forward to this exciting next chapter.”

In 2022, Oxford opened new offices in Düsseldorf and Munich, Germany, Antwerp and Mechelen, Belgium, and expanded its office space in Amsterdam, Netherlands, as well as Barcelona and Madrid, Spain. Oxford will also expand its office footprint in Switzerland in 2023.

To view our open positions in Europe, click here. 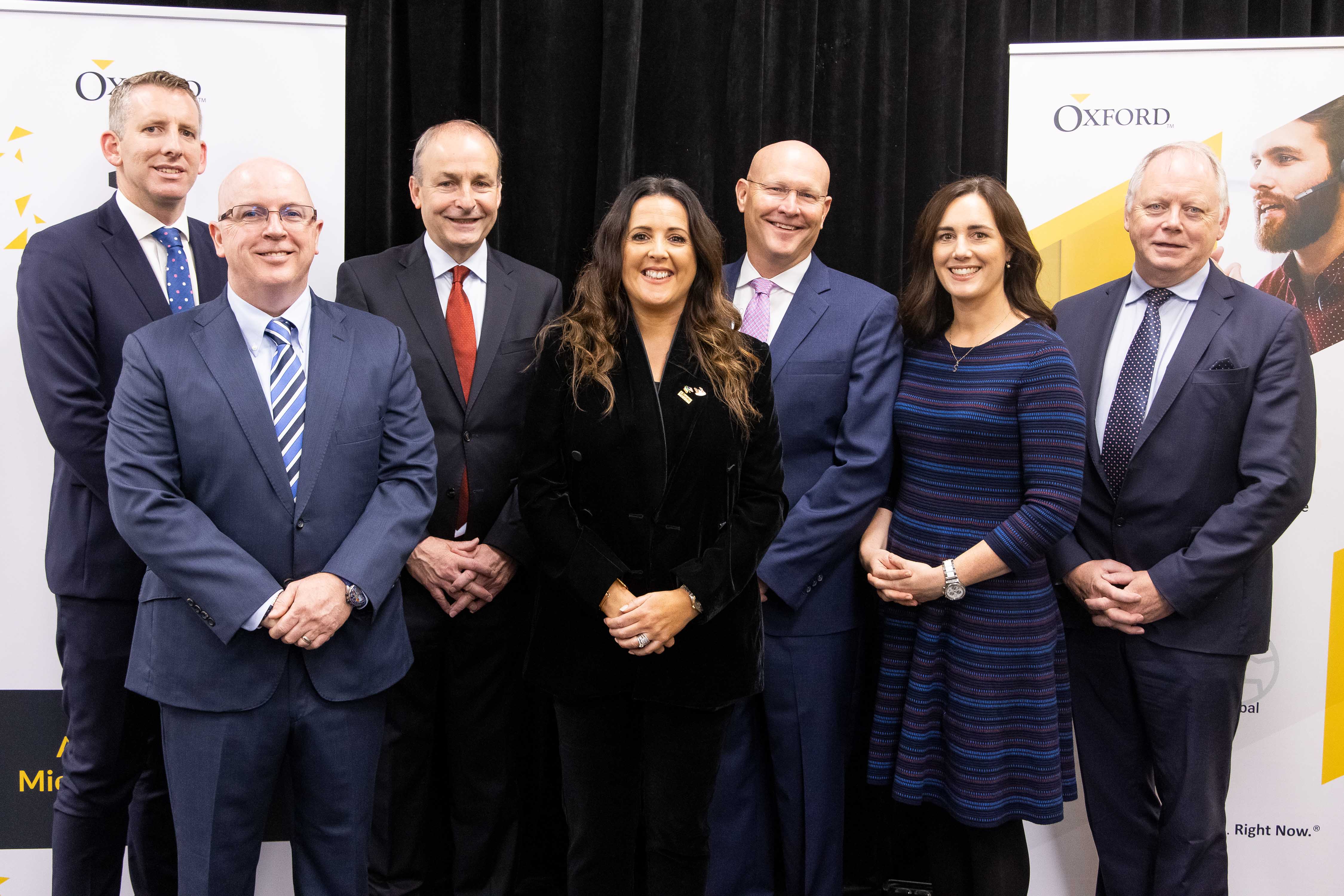 For further information or to arrange an interview, please contact